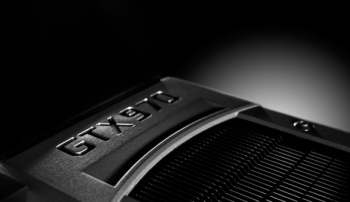 If you've been keeping an eye on the PC enthusiast market, you may have heard of the woes surrounding Nvidia's GTX 970 graphics card. To give you the short and skinny of it, Nvidia claimed the 970 had 4GB of on-board video RAM, but users have found that only 3.5GB of that RAM runs at full capacity, with the remaining 500MB running up to 80 percent slower than it's supposed to. The controversy was so widespread that competitor AMD even chipped in to land some sick burns on its rival. Now, it looks like the PC enthusiasts are ready to move away from just complaining and actually do something, filing a class action suit against the graphics card giant for "false advertising."

The suit, filed in the U.S. District Court for Northern California, names Nvidia and Giga-Byte Technology as defendents. It states that the performance of the card is not as advertised, and the 500MB of poorly optimized memory can cause images to stutter on a high resolution screen and some games to perform poorly.

Neither Nvidia nor Giga-Byte would comment on the lawsuit, but last month, Nvidia acknowledged that the GTX 970 uses a different memory subsystem design than its higher-end GTX 980, although it claimed the difference has a negligible impact on performance. It also said that it did initially make an error with the card's specifications.

I feel like Nvidia is definitely at fault here, and the easiest way to head off this problem before it gets too out-of-hand is to simply offer a no-questions-asked refund to anyone who bought the card, and is unhappy with its performance.