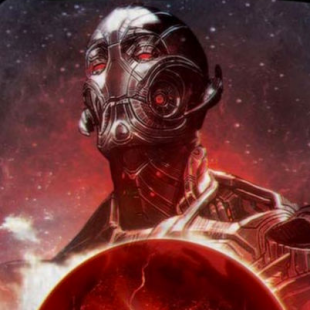 Joss Whedon believes that Tony Stark being Ultron's creator will make more sense for the Marvel cinematic universe than sticking with Hank Pym.

Easily the most remarkable thing about Marvel's cinematic universe has been its faithfulness to the source material. While there have obviously been some deviations, the movies have managed to recreate the stories and characters from the comics in a way that would have seemed unimaginable even just a few years ago. That being said, there have still been a few alterations that have been received less than well by Marvel fans. The origins of Ultron in Avengers 2, for instance, has been a point of particular ire for many Marvel readers.

Whereas in the comics Ultron was created by Hank Pym, in Avengers 2 he'll be a product of Tony Stark. According to director Joss Whedon, this modification to the villain's story has been one of the "bigger" things he's been criticized for in relation to his work on the MCU. "Of all the heat I've ever taken, not having Hank Pym was one of the bigger things. But the fact of the matter was, [Edgar Wright] had him first and by virtue of what Edgar was doing, there was no way for me to use him in [Age of Ultron]."

Beyond that, Whedon also expressed his belief that maintaining Pym as the creator of Ultron wouldn't have been as good for the story in Age of Ultron as switching over to Tony Stark. "Ultron needs to be the brainchild of the Avengers, and in the world of the Avengers and the MCU, Tony Stark is that guy," he explained. "It didn't make sense to introduce a third scientist, a third sciencetician, to do that. It was hard for me, because I grew up on the comics, to dump that, but at the end of the day, it's a more interesting relationship between Tony and Ultron if Tony was once like, 'You know what would be a really great idea?' They're doing what they always do - which is jump in headfirst, and then go, 'Sorry, world!' But you have to make it their responsibility without just making it their fault."

Speaking personally, I very much agree with Whedon's sentiments. While it would have been nice to give Ultron the same creation story in the comics, I don't think it'd be worth it if it meant shoehorning Hank Pym in when his character hasn't been given a chance to really establish himself as an interesting figure in Marvel's film universe. If it builds a better narrative to put Tony Stark in the role of Ultron's sire, then that's where he should be.