Probably not the Battletoads announcement fans have been waiting for, but oh well.

Ever since Microsoft acquired Banjo-Kazooie and Battletoads dev Rare, fans have been patiently waiting for the company to revive some of those classic Rare franchises. In January, Microsoft's Ken Lobb stated that the company "saw value" in franchises like Battletoads, and cause all of our hearts to flutter at the thought of a possible revival. Now, the Battletoads are finally back... just not in the way we were expecting.

Shovel Knight developer Yacht Club Games has just announced over Twitter that Zitz, Rash and Pimple will be joining the Xbox One version of the game as guest characters. Check em out: 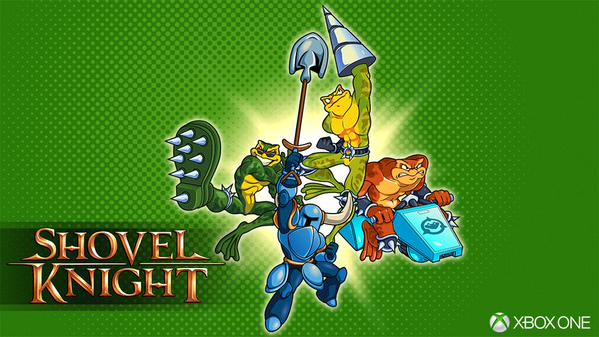 We don't yet know exactly what role the Battletoads will play in Shovel Knight, but we are assuming they will be playable characters in the side-scrolling platformer. It's also unknown of the 'Toads will make their way to the other platform's versions of Battletoads, but again, we can probably assume they will be exclusive to the Xbox One for now.

We've reached out to Yacht Club Games for more info.

Hopefully, having the Battletoads return, even in a small way like this, may pave the way for a proper revival of the franchise, and all the other forgotten Rare IPs.