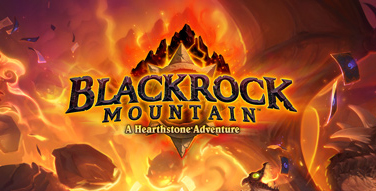 Announced during Blizzard's PAX East panel, the new "Blackrock Mountain Adventure" will bring players into what was once the most dangerous place in Azeroth.

Players of Blizzard's Hearthstone: Heroes of Warcraft can rejoice, for a new Adventure mode will be released next month.

Announced today during Blizzard's PAX East panel, the "Blackrock Mountain Adventure" will bring players into what was once the most dangerous place in Azeroth, where loot rewards of 31 new cards will be available for the taking, evolving the Hearthstone metagame once again. Players will come face-to-face with infamous characters from the Warcraft universe as Blackrock Mountain is a hotly contested area between the forces of Ragnaros with his Dark Iron servants, and Nefarian with his orc minions. I can hear the fond memories of UBRS raids flowing through the internet as we speak.

But, that's not all! Gamers on the go can soon get their Hearthstone fix from anywhere. Blizzard also announced Hearthstone will soon be available "in the next couple of months" for both Android and iPhones. Panel attendees saw screenshots of it in action, but no live builds or demos.

The new adventure drops this April and will follow the same pricing structure as Hearthstone's first Adventure, Naxxramas. Players can gain access to the entire Adventure for $24.99 or they can choose to pay per wing for 700 in-game or $6.99. Blizzard's first Adventure was plagued with order processing failures, locking players out of the content for days, but this time around they will be offering pre-orders for real money only, which can be purchased starting March 19. Your reward? An exclusive card back.