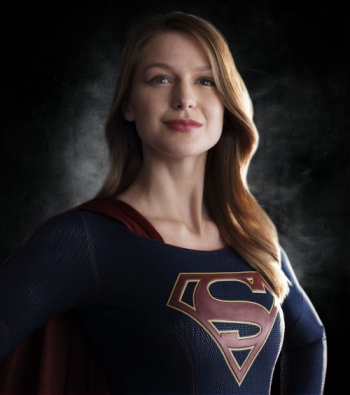 We've already come a fair distance from last year's announcement that CBS would produce Supergirl: Not only is the pilot beginning production, we finally have a glimpse of Melissa Benoist in her costume. Created by Arrow and The Flash costume designer Colleen Atwood, the style mixes the original cape, skirt, and boots combo with a slightly modernized Man of Steel aesthetic - and by and large it works.

"In designing Supergirl, I wanted to embrace the past, but more importantly, thrust her into the street-style action hero of today," Atwood said in a statement.

Supergirl will follow the adventures of Kara Danvers - whose Kryptonian name is Kara Zor-El - who has long hidden the powers shared by her famous cousin Superman. But when she turns 24, Kara decides it's time to accept her family heritage and embrace her powers, along with a costume, while still finding balance for a normal life.

How exactly Kara will use her powers - let alone what her relationship with Superman will be like - remains to be seen. Helen Slater and Dean Cain, who played Supergirl and Superman in other film and TV projects, have also been cast for the pilot and will probably fill some family role. But regardless, Benoist certainly looks the part, with the only tangible change being the lack of yellow in her S symbol. In fact, even with the darker colors it's closer to the sourcer material than Superman's costume in Man of Steel.

Here's hoping Supergirl ends being another solid DC television entry alongside Arrow and The Flash. As it stands, CBS has no plans to share universes with other DC Comics adaptations.