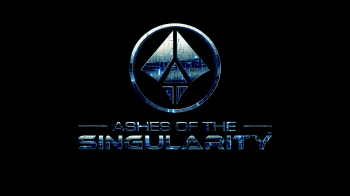 Oxide Games' Nitrous Engine and Ashes of the Singularity make the skirmishes you see in other RTS games seem like a gentlemen's duel.

I've been playing RTS games for decades now - as far back as Dune II in the early 90s - and I've seen small scale, large scale, and everything in between. What I haven't seen, however, is the magnitude that Ashes of the Singularity is aiming for, made possible by the Nitrous Engine from Oxide Games. I watched a demo of a war in Ashes at 4k resolution and 30fps (the TV only operated at 30Hz) with virtually zero issues for the entire duration of my appointment. The war consisted of at least a half dozen simultaneous battles, each of which was at least the size of your typical StarCraft II skirmish. You could zoom out and watch all 5,500 units (which I'm told isn't even close to the limit) launch rockets, shoot lasers, and dodge drone swarms, with gorgeous particle effects, dynamic lighting, and intelligent targeting. In a word, it was incredible.

I was skeptical, of course, as I had no idea what the specs of the machine were, but it struck me visually as something that would be hard to achieve even on the highest end of the PC spectrum. There was talk of things I couldn't possibly understand, like "temporal anti-aliasing" to smooth out the motion of the units (apparently, they render, then blend four frames for each frame displayed), but the key to performance comes from being able to efficiently utilize all cores in the multi-core processor. As they explained, typically when you play a game and look at your system performance, one of your CPU cores will be maxed out, and the others will be operating at mid-to-low levels. They've apparently figured out a way to ensure that all cores (tested so far on up to 16 cores) are splitting the load fairly evenly, maximizing the power of your machine. As they said, "your computer is more powerful than you think it is."

The Nitrous Engine isn't the only cool thing about Ashes of the Singularity, though. There are some particularly neat concepts in play that make coordinating thousands of units simultaneously a bit more manageable without having professional level actions per minute. They call them Metaunits.


In most RTS games, you can form squads. That's old news. But imagine if each unit in that squad was aware of every other unit. Imagine that they knew their roles on the battlefield, and knew how to form up, based on the squad composition. If you put tanks and artillery together in a Metaunit and march them off to the front lines, the Artillery will deliberately set up in the rear, and the tanks will protect them from the front. If you have a healer in a squad that's spread out and another unit in the squad needs healing, that healer will know this and move to do its job, rather than only healing units that are nearby. Additionally they're planning a UI for the Metaunit that will allow you to keep it intact by requesting nearby factories to produce replacements for lost units, which will automatically go and join their platoon. If that's not enough, there's something similar in the works for production.


This is still in the planning stages according to Brad Wardell, but there's talk of making a meta-production queue which intelligently decides where each unit in the queue should be produced. If you request a tank for a Metaunit in the east and an artillery for a Metaunit in the west, both will go into the general production queue, and when they're ready, they'll pop out of the factory nearest to their Metaunit. No longer will you need to hotkey your production facilities to keep your armies moving along. Ashes wants to let you do it all from the field. They want you to be the general, not the lieutenant.

If full-scale warfare sounds like your thing, you can learn more about it right here!