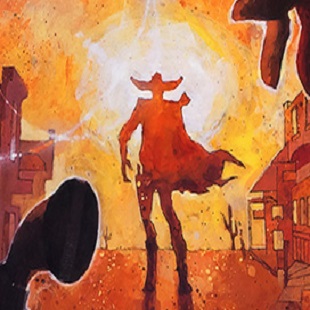 GOG has added yet another six LucasArts games to its library of retro titles.

Back in October 2014, GOG made more than a few retro gamers happy when it revealed that it would be re-releasing LucasArts' classic library of PC titles. Its initial salvos understandably focused on the studio's Star Wars games. That being the case, the digital retailer announced a new cluster of releases today, focusing in on some of the studio's adventure titles as well as a few other non-Jedi gems.

On the point-and-click adventure front, gamers can now enjoy DRM-free editions of Monkey Island 2: Special Edition: LeChuck's Revenge, The Dig, LOOM and Zack McKracken and the Alien Mindbenders. The site is also adding new digital versions of the spaghetti western FPS Outlaws and Indiana Jones and the Emperor's Tomb. This will be the first time that Zack McKracken, Outlaws and The Emperor's Tomb have ever been sold as digital products.

With the exception of Monkey Island 2 ($9.99), all of these games are being sold for $5.99. Hoping to help promote the new releases, GOG is also offering a 20 percent discount on Monkey Island 2, The Dig and Loom. The discount will expire on March 26th, one week from today. This wave of releases will bring the number of LucasArts games available at GOG up to 30. Even so, the site has already promised that more games from the now defunct game maker are coming in the future.