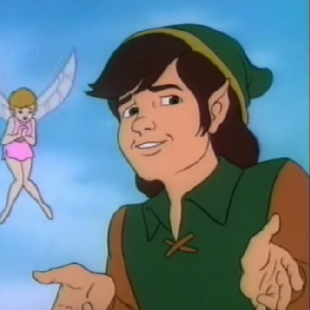 Back at the beginning of February, reports emerged that Netflix was in the planning stages of creating a live-action TV series based on Nintendo's The Legend of Zelda game franchise. At the time, neither Netflix or Nintendo were willing to comment on the story. It's now been revealed that there was a reason for that. The reports were wrong.

Nintendo president Satoru Iwata revealed their falsehood earlier today in an interview with Time where he stated that the Wall Street Journal story at the center of the original rumor had things wrong. "As of now, I have nothing new to share with you in regard to the use of our IPs for any TV shows or films," he said. "But I can at least confirm that the article in question is not based on correct information." In other words, Zelda fans looking for a TV adaptation are still stuck with the 1989 cartoon show.

Honestly, this news (or reversal of news rather) isn't all that surprising. Nintendo isn't what one would call loose when it comes to its intellectual properties. When you consider that it just barely made a deal to get them into the mobile gaming market, it doesn't make much sense that it would be doing something as radical as transforming one of its most beloved franchises into a family friendly Game of Thrones knock-off. What are your reactions to this? Did you believe it when the original story surfaced or were you skeptical?