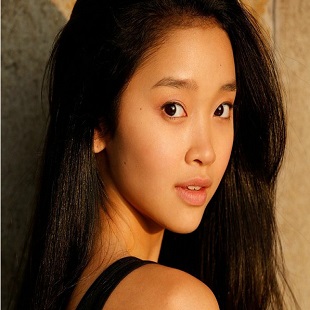 Director Bryan Singer has revealed the identity of the actor playing Jubilee in X-Men: Apocalypse.

Not too long ago, Fox revealed that it's next X-Men film, X-Men: Apocalypse, would be adding a whole slew of new actors to play young versions of popular characters such as Cyclops, Jean Grey, Storm and Nightcrawler. Yesterday, director Bryan Singer revealed that this new cast will be joined by one more actor who will be giving big screen life to yet another of Professor Xavier's younger students.

According to Singer, who made the reveal via his Instagram account, the new addition will be actor Lana Condor. Condor is being brought into the film to play the role of the mutant Jubilee. This will be Condor's first appearance in a major motion picture. Jubilee herself first appeared in X-Men comics in 1989 and was featured prominently in Fox's early-90s X-Men cartoon. Endowed with the ability to shoot multi-colored energy bursts from her fingertips, she's a major player in Marvel's ongoing female-led comic X-Men where she aids the team with her current set of vampiric superpowers.

In addition to the other newcomers, Condor will be joining a returning cast that will include James McAvoy, Michael Fassbender, Jennifer Lawrence, Nicholas Hoult and Rose Byrne. Sadly, it was recently learned that X-Men: Apocalypse will be the last X-film for Lawrence, who will be moving on from the series after the movie wraps up filming. Apocalypse is currently slated to hit theaters on May 27, 2016.