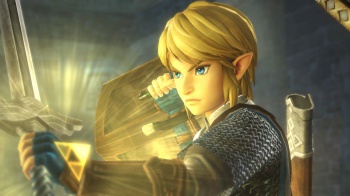 Zelda's Eiji Aonuma apologizes for the delay, stating his priority is to create the "ultimate" Zelda game.

Zelda, and Wii U fans who were looking forward to that incredible-looking Zelda Wii U game to drop this year are in for some bad news. Series director Eiji Aonuma has just posted a message via the official Zelda Facebook page announcing that the title has been delayed, and will no longer be launching in 2015.

"I must apologize to you all that were expecting the game by year's end, but we are no longer making a 2015 release our number one priority. Instead, our priority is to make it the most complete and ultimate Zelda game," said Aonuma.

The game will also not be shown at this year's upcoming E3 conference, which suggests that we won't see release until after next year's E3.

"As I have watched our development progress, I have come to think that rather than work with meeting a specific schedule as our main objective, and releasing a game that reflects only what we can create within that scheduled time, I feel strongly that our focus should be to bring all these ideas to life in a way that will make The Legend of Zelda on Wii U the best game it can possibly be," explained Aonuma.

"I hope to use the added time to make The Legend of Zelda for Wii U into a game that will reward you for your patience, so thank you for your continued support."