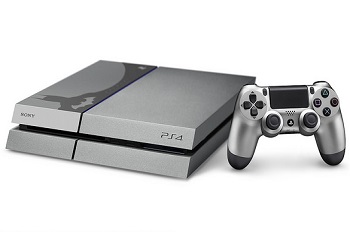 Sony has revealed a new limited edition Batman-themed PS4 bundle that it will be releasing alongside Batman: Arkham Knight this June.

I'm not usually one for limited edition consoles. Some of that comes from my generally being an early adopter. When the PS4 launched I was zipping over to Best Buy literally minutes after the store texted me with an "it's back in stock" message. More than that though, I just usually can't see much point to them. They're the exact same machine with a different paint job and a higher price tag. Why in the world would I spend extra for something like that?

Leave it to Batman (and Sony) to show me the error of my ways. In an announcement today, Sony unveiled a new limited edition PS4 that it will be launching with Rocksteady's Batman: Arkham Knight this summer. Built with a snazzy "steel grey" chassis, it will feature custom Arkham Knight artwork and a matching controller. It will also come packaged with a copy of Arkham Knight itself. The whole shebang will cost $449.99. Another more standard bundle is likewise being planned with a $399.99 price tag. That bundle will just include a regular PS4 along with a copy of the game.

I'll waste no time mincing words. I want this limited edition console. In fact, I'd go so far as to say that I now have a better grasp on why people clamor to get these things when they appear. They're just freaking cool. They take something you already enjoy and make it even better. Granted, some of my appreciation is driven by the fact that it's Batman, but I can still definitely say I feel a bit more empathetic (to an extent) toward other limited edition console buyers. Now if only I could actually afford to buy one. Maybe I'll get lucky and Sony will cut the price by $450.

Both PS4 Arkham Knight bundles will release alongside the game itself on June 23rd.