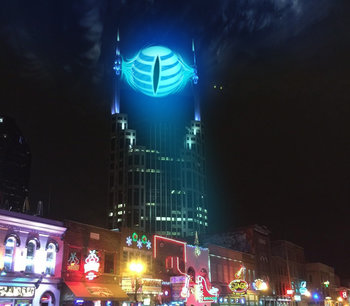 The town of Chanute, Kansas is doing something incredible for their residents, or at least is trying to. Citizens of Chanute could soon be enjoying the wonders of a 1Gbps fiber network, but not without some action from AT&T first, which offers Chanute a 6Mbps DSL network.

In the wake of the city's plans to implement this network, AT&T "filed an injunction and was granted that permission on Tuesday morning." According to AT&T,

"Any decision made by the [Kansas Corporation Commission] KCC could impact AT&T's business operations in the area, which is why we asked to intervene in the proceeding. AT&T remains interested in both broadband issues and the work of the KCC."

However, Chanute city officials don't seem too concerned with AT&T's injunction. According to The Wichita Eagle, city officials only need to wait for the KCC's "permission to sell bonds to fund its fiber-to-home project" before moving forward. The fiber network plans "[have] already survived a major challenge after activists beat back legislation that would have all but crippled towns' ability to build their own fiber networks," according to BGR.

In response to questions from Ars Technica, AT&T said that they "[have] not taken a position on this fiber network," and according to Ars, "described intervention as a routine procedural matter used when an interested party believes it will be affected by a case and wants the opportunity to receive information and keep up with its developments."

What are your thoughts on AT&T's injunction?