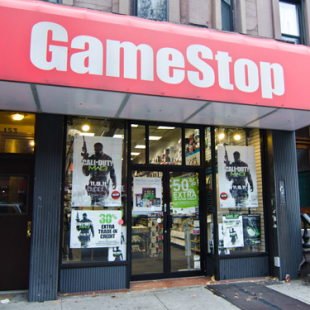 GameStop will start selling and accepting trade-ins for used retro games at 250 stores in NYC and Birmingham beginning April 25th.

Update: This story has been updated from its original version to correct a minor inaccuracy. Our apologies for any confusion that resulted from the initial error.

For a long time now, GameStop has restricted its used game sales to titles that were at least relatively recent. Mind you, it wasn't that the company didn't have any older titles in stock, it's just that it wasn't all that interested in using up shelf space to sell them. Back in 2012 however, GameStop CEO Paul Raines indicated that the retail chain might soon be poised to establish itself as purveyor of retro game products. Now, after nearly three years, the company is finally moving forward with plans to launch a retro games pilot program that will come to stores in select locations later this week.

According to GameStop representatives, the company, starting on April 25th, will begin selling retro consoles, games and accessories in New York City and Birmingham, Alabama. The included stores will also start accepting retro products for trade-ins. Customers interested in taking advantage of that will be able to bring in their systems, games and accessories for the NES, Super NES, Sega Genesis, PlayStation, Nintendo 64 and Sega Dreamcast. The new stock should increase the number of games sold by the retailer by "about 5000." GameStop affirmed that its retro consoles should "have the same warranty as current used and refurbished consoles." About 250 stores will be included in the launch and in-store purchases will be limited to the retailer's web-in-store system. Online purchases will also be eligible for ship-to-store options.

Speaking as someone with something of a running interest in retro gaming, I couldn't be more thrilled that this is finally moving forward. I'm a guy who likes browsing through game stores. I enjoy going through bargain bins and finding unexpected and interesting gems. The thing is, when it comes to retro games, the options for that can be prohibitively limited. If I want to buy a SNES cartridge, it's basically eBay or bust. It's my hope, in turn, that GameStop's trial run of this program will be a success. Granted, it's not like GameStop will be lining its shelves with old games, but it will still provide people like me with another source for retro shopping.