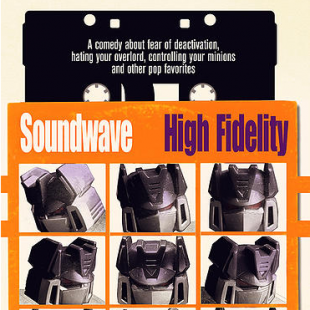 While I'm sure that somewhere out there is a person who only likes and enjoys one solitary thing, most of us are defined by an amalgamation of tastes running a wide gamut of mediums and properties. Take Marco D'Alfonso. Born in the 1980s, his childhood experiences helped him grow into someone with a love of pop culture spanning the wide realms of comics books, television, movies and video games. Now a professional illustrator, D'Alfonso uses his skills and talent to pay tribute to his favorite properties with brilliant mash-ups.

What exactly does he mash together, you ask? That's where things get fun. You see, rather than just sticking popular characters together in amusing situations, D'Alfonso often goes the extra mile and models his art pieces after specific famous scenes, movie art and comic covers. In 2012 for instance, he released an X-Men art piece parodying the famous Green Lantern/Green Arrow cover where Green Lantern discovers that his "ward is a junkie!" Another illustration released in 2015 likewise transformed Iron Man's original appearance in Tales of Suspense #39 into a tribute to Boba Fett, a.k.a. "The Iron Mandalorian." When asked about the inspiration for his mash-ups, D'Alfonso simply described them as "the things I daydream of when doing my actual work." If only the rest of us could have such productive daydreams.

What I personally find most impressive about D'Alfonso's work is just how closely he's able to emulate the styles of the artwork his mash-ups imitate. I also love how, when necessary, he integrates details of faux wear and tear to help complete the illusion that you're staring at a piece of art that actually originated decades ago. If you're interested in seeing more of D'Alfonso's mash-ups you can check out his official website. You might also try reading some of Marvel's comics as a few of them might have used him as a colorist.