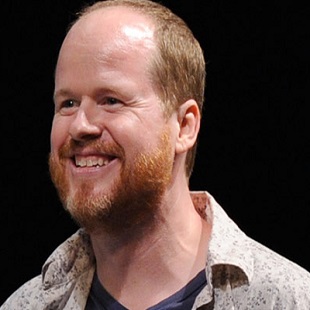 Josh Whedon thinks that Star Wars needs to move away from familiar faces and "create the characters that other people are going to grow up reading about."

Whenever you make a list of nerd-friendly directors, Joss Whedon's name is pretty much guaranteed a high spot. Whether you're talking Buffy, Firefly or, of course, The Avengers, there are few people that people that the geek community trusts more to craft interesting worlds and take care of the established ones. With The Avengers: Age of Ultron almost here however, Whedon will soon be departing the Marvel Cinematic Universe. Many, in turn, are wondering what might be next for the famed director. If his response to some recent questions is any indicator, he could be interested in a galaxy far, far away.

When asked by reporters if he might consider directing a future Star Wars film, Whedon responded with what can perhaps be best described as a very firm affirmative. "Right now I'd be interested in a long nap! But are you kidding? It's Star Wars! It's always going to be Star Wars!" He would go on to affirm that there are some limits to what he'd be willing to do with the beloved franchise, however. Were Disney, Lucasfilm and Marvel to ever consider a crossover between the two universes, he wouldn't be down for it. Likewise, he also expressed his belief that the new trilogy needs to move away from the trio of Luke, Leia and Han and work to establish its new characters as being front-and-center protagonists. "We're all painfully aware that at some point we'll be running on fumes," he said. "I love working with the characters I grew up reading about but we need to create the characters that other people are going to grow up reading about."

The question this raises, of course, is if Whedon himself would be right for the Star Wars universe. Honestly, while I love his work just as much as the next person, I'm not sure if he'd be the right fit for a mainline entry in the franchise's ongoing saga of the battle between light and darkness. His writing just strikes me as being a bit too quippy for that sort of thing. That said, I would personally love to see him take on a side film focused on the sort of Han Solo-ish smugglers and outlaws that clearly influenced Firefly and Serenity. What do you guys think?