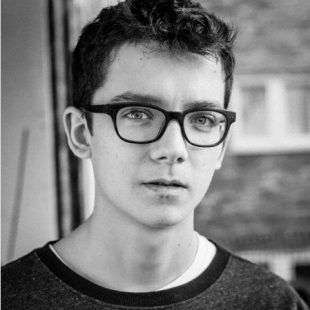 Anonymous sources have said that Asa Butterfield may be Marvel's choice to be the next Spider-Man.

One of the bigger movie announcements of 2014 was the reveal that Sony and Marvel had finally hammered out the rights issues that had been keeping Spider-Man out of the Marvel Cinematic Universe. With the beloved character ready to make his MCU debut however, the big question on everyone's mind was who would be cast to play him. If recent reports can be believed, that question might finally have an answer.

While neither Marvel or Sony have confirmed it, industry sources have indicated that actor Asa Butterfield may have clinched the role. Butterfield's own representatives declined to comment on the rumor. That said, unnamed sources said that "Marvel has liked him since day one" and were leaning heavily toward him for the role. Born in 1997, Butterfield has already starred in several films including Hugo, Ender's Game and The Boy in the Striped Pajamas. Previous rumors also had actors Tom Holland, Nat Wolff, Liam James and Timothee Chalamet up for the role.

Speaking personally, I don't think Butterfield would be a terrible choice. He's a good enough actor to pull off the role and he definitely looks the part of a young Peter Parker when he's wearing a pair of glasses. That being the case, Butterfield's casting would pretty much kill all hope of Miles Morales being the new Spider-Man, something that I and many other fans had been hoping for. What do you think? Will Butterfield be good in the role? Or is there another young actor that you'd prefer to see strapping on web-shooters?