Playtonic games have revealed the bat-and-chameleon duo of "Yooka-Laylee" for their Banjo-Kazooie spiritual successor.

Earlier in the year, a bunch of ex-Rare devs announced that they had started up their own studio (Playtonic games) and would be running a Kickstarter for a spiritual successor to fan favorite Banjo-Kazooie. Now, as Microsoft owns the rights to Banjo and his feathered friend, Playtonic had to make up some new characters. Today, together with IGN, the developer is introducing "Yooka-Laylee", who will be the stars of the upcoming title.

Check out the reveal video to the right, which shows the bat-and-chameleon due in action.

Yooka the chameleon and Laylee the bat were dreamed up by Steve Mayles, the ex-Rare character designer who brought us Banjo-Kazooie, as well as all of the modern members of the Donkey Kong family. This kind of on-the-nose design is akin to what we saw with Mighty No. 9, and shows us how developers can... creatively, get around copyright issues.

The two characters will have to use their unique abilities in-tandem to get through the game's levels, much like the original Banjo-Kazooie. Yooka, for example, can use his sticky tongue like a grappling hook, while Laylee can pick up her partner and fly for a short period of time.

Playtonic is launching a Kickstarter for the project on May 1st, with all backers able to pick up a full copy for $15 USD. If successfully funded, the game will release on Windows, Mac, Xbox One, PlayStation 4, and Wii U. 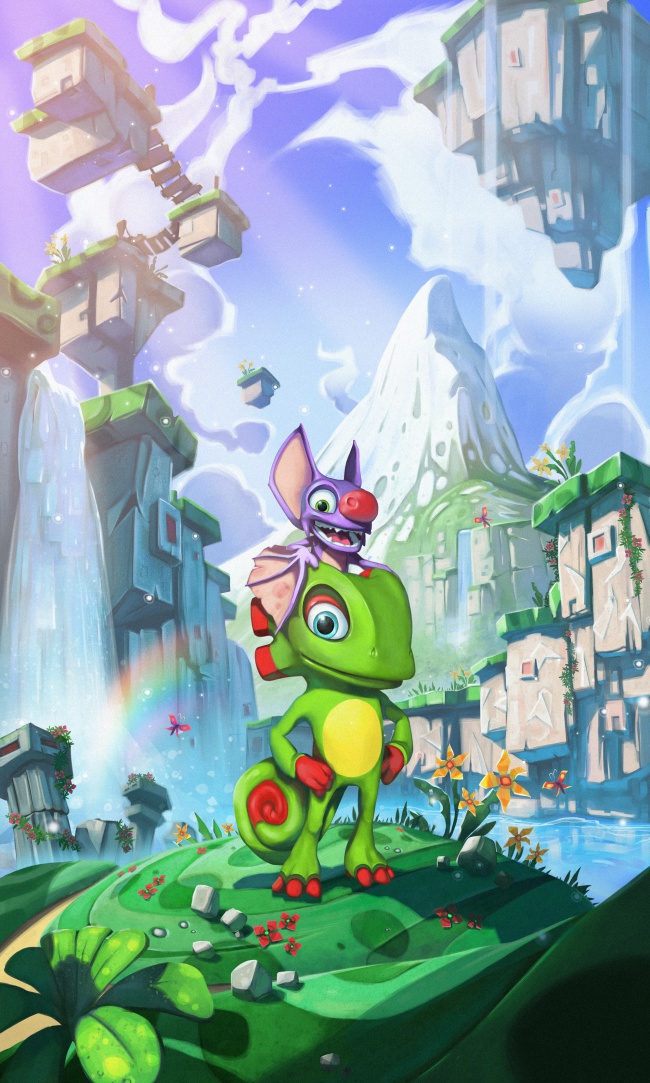