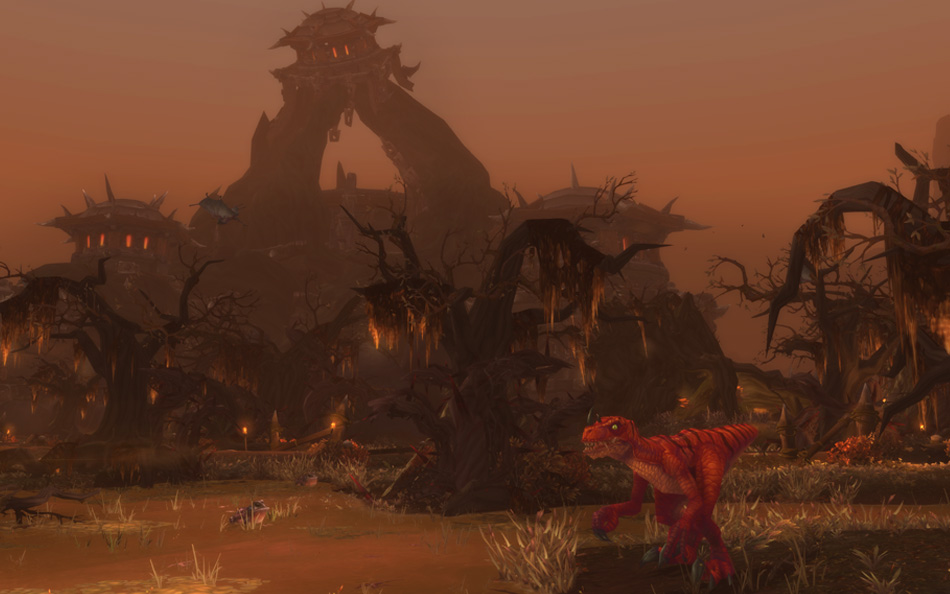 One of the most entertaining features of World of Warcraft's latest expansion pack: Warlords of Draenor was it's garrisons. An alternate to player-housing, garrisons gave players a chance to feel like they were actually making a difference in the world. Now, Blizzard has just outlined the changes coming in Patch 6.2, and uses the garrisons in a unique way to grant access to the previously inaccessible Tanaan Jungle.

To access the Jungle, where Gul'dan is twisting what remains of the Iron Horde into an army of fel orcs, you'll first have to build a shipyard at your garrison. You'll then progress through a series of quests in which you'll begin an assault on Tanaan by sea, and set up a new forward base hub.

Once you're new outpost is set up, it will become a daily quest hub a la the Firelands or the Timeless Isle, with seven distinct areas to explore. There will also be a new series of story quests that will take players through key locations such as the cave in which Kilrogg sacrificed his eye, and expand upon the main story of the game.

The new patch will also include a new raid zone (Hellfire Citadel), a new dungeon difficulty (Mythic) and a new "Timewalking" dungeon queue - which allows players to queue up for old-school dungeons, and appropriately de-levels their gear to make the challenge suitable.

You can check out most of the patch changes for yourself on Blizzard's Public Test Realm.