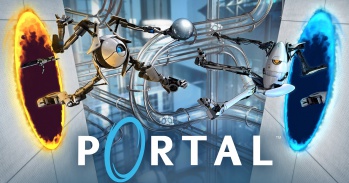 Collaboration between Zen Studios and Valve to launch soon.

Zen Studios, makers of fine digital pinball games, has lifted the veil on a new table based on Valve's Portal series, releasing a series of screenshots.

The table (or the "Aperture Science Heuristic Portal Pinball Device," if you prefer) appears to do a fine job of incorporating a lot of Portal material into a tiny space. Animated Chell and Wheatley characters activate buttons, aerial faith plates, and hard light bridges in response to successfully hitting ramp and loop targets, eventually advancing to confront GlaDOS. Discouragement redirection cubes are mounted on the bumpers, rotating with each strike of the ball to reflect lasers across the playfield. Cooperative robot pals ATLAS and P-Body make a fitting appearance, dancing to their theme music in a multiball event, and even the Rat Man's presence is felt in an embedded mini-table.

The table will be available for purchase through Zen's various pinball platforms, including Zen Pinball 2 (PlayStation 3, PlayStation 4, and PlayStation Vita), Pinball FX 2 (Xbox 360 and Xbox One), Zen Pinball HD (PC), Zen Pinball 3D (3DS), and Zen Pinball (iOS) during the week of May 25th. In the comments of the blog post accompanying the announcement, it was noted that the table is not presently confirmed for the Wii U version of Zen Pinball 2, stating that more information may come in future.

Zen Studios pinball releases over the last several years has mostly been occupied by products rooted in Marvel Comics and Star Wars franchises, but they have a fair bit of experience in designing pinball tables based on videogame licenses too. Prior releases include tables inspired by Street Fighter II, Plants vs. Zombies, and Telltale's The Walking Dead.