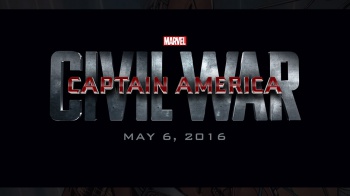 Captain America: Civil War has just begun production - which means new details on the plot and cast list have been revealed.

WARNING: The following includes very minor spoilers of the final scene in Avengers: Age of Ultron.

Captain America: Civil War is set to be the next big game changer of the Marvel Cinematic Universe. The problem is while we know it will turn Cap and Iron Man against each other - and introduce Martin Freeman as an undisclosed character - we have very few details about what to expect. Thankfully, that Civil War has begun production and made one thing very clear: This will be a massive undertaking that brings together characters from almost every Marvel Studios franchise to date. It might as well be called Avengers 3 at this point.

First, the plot itself: After the events of Age of Ultron, Steve Rogers is in charge of a new Avengers team that defends humanity. But when the Avengers are tied to an international incident causing collateral damage, a new governing body steps in to manage the team - including determining when they can be deployed. That new status quo causes the Avengers to fracture, just as a new villain enters the scene who takes advantage of the chaos.

Considering this new film was already based on the Civil War comic, we already knew the basic framework of the story. But what's surprising is Civil War's scope: This movie is bringing in a who's-who of Marvel Studios veterans.

To start, Chris Evans, Robert Downey Jr., and Scarlett Johansson will reprise their respective roles as Captain America, Iron Man, and Black Widow. Next up is the new Avengers team, which features Elizabeth Olsen as Scarlet Witch, Anthony Mackie as Falcon, Paul Bettany as The Vision, and everyone you saw in Ultron's final scenes. Then there's Paul Rudd, fresh off his debut in Ant-Man, appearing alongside the team. Chadwick Boseman will make his first appearance as the Black Panther for Civil War, leading into his own film. This movie will even mark the return of William Hurt as General Ross - last seen nursing a drink and his pride in The Incredible Hulk.

The last movie to shake-up the entire Marvel status quo like this was Captain America: Winter Soldier, also directed by Joe and Anthony Russo. Based on the premise and full cast list, Civil War is in a strong position to raise that bar even higher. The finished film will reach theaters on May 6, 2016.