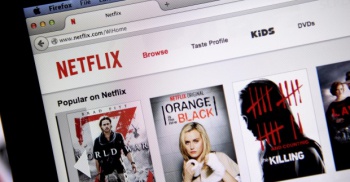 A bit of bad news for all of our Australian friends today. Federal treasurer Joe Hockey has confirmed that the "Netflix Tax" - a new proposed 10% tax increase on digital goods such as video content, video games, and eBooks - has been confirmed for the 2015 budget. While we're not 100% sure what this means at this time, the worst-case scenario is that Australia's already ludicrous video game prices may increase further.

The 10% price rise is due to the fact that Australia's sales tax - the GST - is currently not being applied to digitally purchased goods. "It is plainly unfair that a supplier of digital products into Australia is not charging the GST whilst someone locally has to charge the GST," Hockey told the ABC. "When the GST legislation was originally drafted, it did not anticipate the massive growth in the supply of digital goods like movie downloads, games and e-books from overseas," he explained.

While this is sure to hit all the big-name retailers like Steam, Amazon and Netflix, smaller-time and retailers that don't use geopricing (like Good old Games) are likely to slip past unnoticed, with the Australian Taxation Office powerless to stop them.

Furthermore, as publishers like to keep price parity between digital and retail, it is highly likely that most of them will just absorb the 10% tax into their own losses in order to keep a Steam copy of the game the same price as a retail copy.

We'll just have to wait and see how this pans out.