Heroes of the Storm is joining its MOBA cousins and throwing a big extravagant World Championship tournament.

Heroes of the Storm, Blizzard's new MOBA starring characters from across all of its universes, is keen to build a name for itself as a competitive esport, much like DoTA 2 and League of Legends before it. Earlier in the year, we saw the inaugural Heroes of the Dorm tournament award winners with free college tuition, with the finals actually being broadcast live on ESPN 2. Now, Blizzard has announced the Heroes of the Storm World Championships, boasting $1.2 million in prize money, and culminating at this year's BlizzCon.

The tournament will take place over five different regions, and will have the following format: 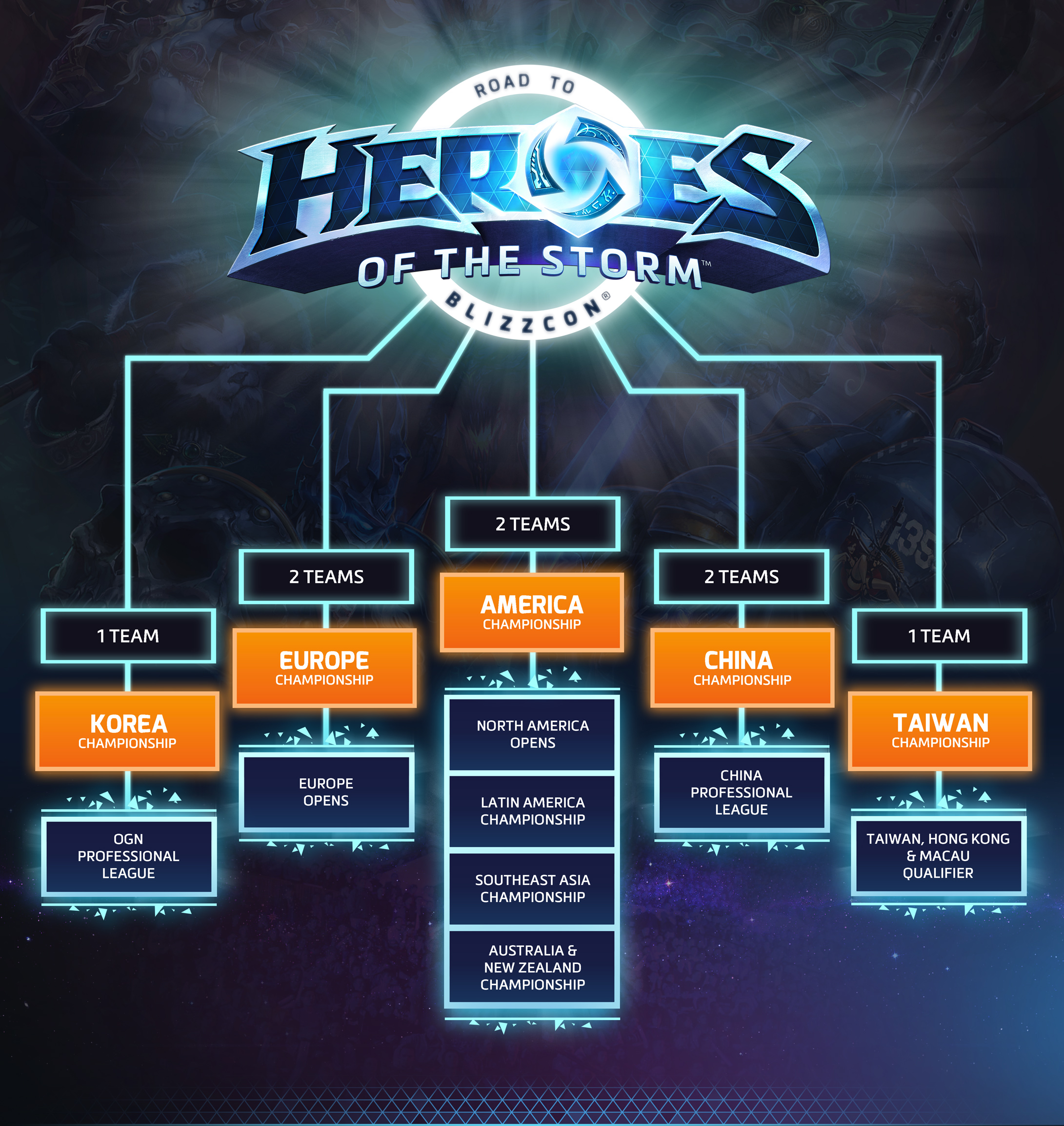 "We're excited to kick off the inaugural Heroes of the Storm tournament series, and we can't wait to see the best teams start to distinguish themselves in battle," said Mike Morhaime, CEO and cofounder of Blizzard Entertainment. "With the world championships for StarCraft II, World of Warcraft Arena, Hearthstone, and now Heroes of the Storm underway, 2015 is shaping up to be a great year for eSports fans."

Stay tuned to the official Heroes of the Storm for details on how to sign up.