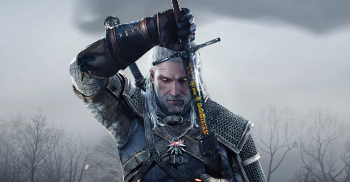 Earlier this month, we reported on a pre-sale promotion offered by online reseller Green Man Gaming for The Witcher 3: Wild Hunt which the game's developer, CD Projekt Red, warned consumers not to participate in. That warning appears to have been well founded, as the retailer struggled to fulfill orders, leaving many users waiting as long as 48 hours to receive their download code. Some users did get their e-mail, only to discover that the code was omitted.

Green Man Gaming attributes the rocky launch to unprecedented demand for the new role-playing game and a glitch in their automated system which failed to attach product keys to e-mails. According to a post on their blog, all customers should now have been sent their keys, though all is not yet rosy. Several users have reported issues with redeeming the keys they purchased from Green Man Gaming at GOG.com, the digital distribution system operated by CD Projekt, claiming that the site has determined their codes to be invalid.

In an attempt to smooth things over, Green Man Gaming is offering a 40% discount on a subsequent purchase for customers who purchased The Witcher 3, provided they did not opt to request a refund instead of waiting through the delay.

When word of a Green Man Gaming promotion offering The Witcher 3 at 35% off began to spread, CD Projekt Red made it known that the reseller had not acquired the product codes they were offering directly from the publisher, raising concerns about their legitimacy. In response, Green Man Gaming claimed that their codes were purchased from unnamed retailers authorized by CD Projekt Red after they were unable to come to an agreement with the publisher, saying that they (and other retailers) had been shut out in order to give more support to GOG.com.