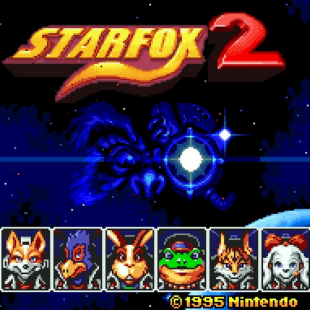 One of the most infamous stories of Nintendo's transition from the SNES to the Nintendo 64 is the tale Star Fox 2's cancellation. A casualty of the mid-90s console war between Nintendo, Sony and Sega, the nearly completed game was axed when Nintendo executives became fearful that it would look outdated when put up against some of the more technologically advanced titles releasing on the Sega Saturn and Sony PlayStation. Star Fox fans have pined after the game ever since, always wondering about the game that Nintendo never bothered to finish.

Or, rather, never bothered to release. You see, while Nintendo might never have shipped the game to stores, sources who worked for the company have indicated that the company actually did see Star Fox 2 through to completion. "The game was about 95 percent complete," said Dylan Cuthbert, a member of the Star Fox 2 development team. "Even after the decision was made we went ahead and completed it, taking it to be fully QA'd through Mario Club," Cuthbert would go on to confirm that he was given a chance to play the finished version when he returned to work with Nintendo on the 2006 DS game Star Fox Command. "During development [of Star Fox Command] we received a copy of the mastered Star Fox 2 ROM to play, and it was quite a blast."

This, of course, should make Cuthbert the envy of Star Fox fans everywhere who have only been to experience Star Fox 2 through screenshots and unfinished ROMs. While the version Cuthbert played was exclusively in Japanese, we're willing to bet that the franchise's devotees would likely kill for a chance to play the game that, by Nintendo's own admission, was a forerunner to a number of the Nintendo 64's earliest 3D titles including classics like Super Mario 64 and Star Fox 64.