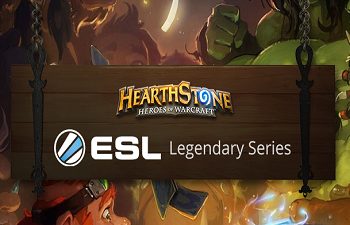 Hearthstone player Marcus Kwak recently backed out of a professional Hearthstone tournament after his father threatened to cut him off financially.

While video games are far more accepted in the present day they were in the past, the hobby and the people invested in it still often have to face down a stigma that's arguably unique when compared to other forms of entertainment. For many gamers this, at worst, amounts to a nagging annoyance. People making comments, rolling their eyes or otherwise just treating you like you're immature for enjoying electronic game (as opposed to hitting a ball with a stick or something). For some however, negative views of video games can and do result into the loss of real opportunities.

Hearthstone player Marcus Kwak, for instance, recently found himself forced to choose between a chance to compete in a professional Hearthstone tournament and finishing his final year of college. Kwak recently qualified for the ESL Legendary Series season 2 finals. This feat earned him an opportunity to take an all-expenses paid trip to compete in the California tournament for a share of a $25,000 prize. Unfortunately for Kwak, doing so also meant discussing it with his parents who have been paying for his education and dislike video games.

"I told my dad and it was an immediate no," he said on Reddit. "The decision that came down was I either give up my spot and not play in the LAN and stay under the support of my family, or I go and play but pack my things and leave home and I get all support cut off from my parents." Unable to find an alternative residence for the summer and knowing he wouldn't be able to pay for his final year of college, Kwak decided to postpone his professional gaming aspirations, back out of the tournament and complete his schooling. "I only have [one] more year left," he wrote in an update. "[I] might as well finish it all the way through then decide what comes next."

We're not going to say he made the wrong choice given the circumstances but still, that's one hell of a way for a parent to respond to a free trip to go win money. Granted, we haven't heard their side of things, but we're honestly not sure how you can justify a threat of that severity over something like this. Let us know if any of you have ever faced a similar situation.