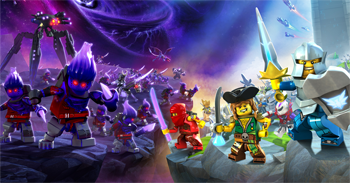 Moderation team made to look at every creation to confirm their cleanliness.

Do you remember LEGO Universe? The short-lived massively multiplayer online game based on everybody's favorite building block barely got a chance, lasting just over a year in open release before shutting down in January of 2012. New tweets from a developer who worked on the project have provided some insight into one factor which may have contributed to its quick closure: the cost of keeping player prepared penises out of the world.

According to Megan Fox, who served as a senior programmer on LEGO Universe (first at co-developer NetDevil and later with LEGO Group itself), the development team was tasked with making "dong detection software" to prevent players from doing the first thing many do when faced with an user-generated content opportunity. Fox called the effort, "utterly impossible on any scale.

"Players would hide the dongs where the filtering couldn't see, or make them only visible from one angle / make multi-part penis sculptures. They actually had a huge moderation team that got a bunch of screenshots of every model, every property. YOU could build whatever you wanted, but strangers could never see your builds until we'd had the team do a penis sweep on it," Fox continued, noting that the expense of keeping the game squeaky clean was a major concern.

"It was all automated, but the human moderators were [if I recall correctly] the single biggest cost center for LEGO Universe's operational costs."

So, if preventing the very existence of wangs is a futile, cost-prohibitive endeavor, why bother trying to stop them at all? Fox points to LEGO's reputation among consumers:

"LEGO's brand is utterly trusted by parents. We had to uphold that trust. Which meant zero tolerance."

The comments come at a time when it appears that LEGO may take another crack at the MMO market. Advertisements for an as-yet unannounced game, titled LEGO Worlds, have started to appear in the instructions included with new building sets (notably, the "City Square" set released late last month). According to the ad, the game is in development with long-time LEGO partner Traveller's Tales.