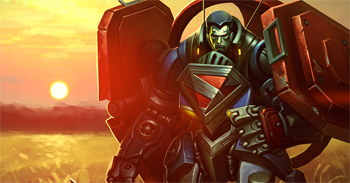 Crisis found to be finite after all.

The multiplayer online battle arena game based on DC Comics characters, Infinite Crisis, has already run its course. Development on the game was halted today, according to a new post on the game's Steam community blog, and will be shutting down its servers permanently on August 14. The announcement comes a scant two months following the title's official launch in late March.

Fans will still be able to cram in as much time as they want for free in the next ten weeks before the game is banished to the Phantom Zone forever. All paid content has been removed from the Steam store and a notice has been posted that Steam will provide refunds to players who purchased either the Starter Pack or Elite Pack collections of playable characters upon request.

Developed by Turbine as their first title after being acquired by Warner Bros. in 2010, Infinite Crisis had a tremendous amount of build-up for its depressingly short final release. The game was first known to be in closed testing as far back as May 2013, with an open beta running ten months before launching in full.