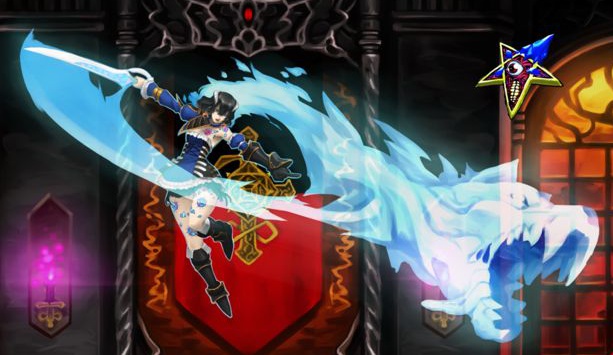 While game-to-film director Uwe Boll was busy cursing out fans and supporters in a video rant over his unfortunate Rampage 3 Kickstarter campaign's limp towards failure, video game industry giant Koji Igarashi's campaign was meeting - and surpassing - yet another of its stretch goals.

Igarashi, who produced more than a dozen Castlevania titles and worked as assistant director for the iconic Castlevania: Symphony of the Night, launched the fundraiser for new title Bloodstained: Ritual of the Night with an original goal of $500,000.

"Iga here. Many years have passed, but it's finally time we meet again. With your help, I hope to create a new game built on some of the classic gaming principles my works are known for. Thank you for your support - I look forward to leading you in my army of the night," the campaign's page reads. "If funded, the game will be developed for PC/Mac/Linux, XBOX One, Playstation 4, Wii U, and PS Vita. For the first time on Kickstarter, backers will have the option to receive actual PC / XB1 / PS4 / Wii U / Vita retail copies."

As of the time of this posting, Bloodstained: Ritual of the Night has received more than $3.6 million. Stretch goals that have been met include two playable characters, Nightmare mode, local co-op, and most recently the availability of the title on PlayStation Vita.

Under "Risks and Challenges," Igarashi acknowledges that there may be instances where delays could occur. "the possibility exists that a man scarred by unfeeling, power-mad alchemists could summon a hell-castle filled with demons across the street from Inti Creates headquarters in Tokyo. IGA has as much experience handling that risk as any game designer on earth, but we estimate that it might set production back slightly (depending on whether or not he's allowed to backdash)."

Movie Defense Force: BloodRayne - Meatloaf Is A Vampire In It Jimothy Sterling 32 Comments