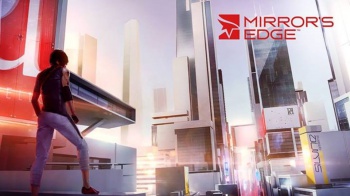 DICE promises a big showing of Mirror's Edge: Catalyst at E3 this year.

The original Mirror's Edge was one of the most unique video games of its generation, so when its sequel was announced two years ago, fans were pretty giddy. However, apart from a slow drip of information, we haven't heard too much about the game since then, with many thinking it was starting to slide into vaporware territory. Thankfully, DICE has just issued a press release exclaiming that the game is real, has a title (Mirror's Edge: Catalyst) and will be shown off at this year's upcoming E3.

"The team has spent a lot of time re-evaluating every aspect of the game and making it a new experience," said DICE, stressing "This is not a sequel, this is not Mirror's Edge 2."

For those of you hearing the words "new experience" and "not a sequel" and are terrified of the game morphing from its unique free-running parkour simulation to some sort of samey cover shooter, fret not. "We have landed on a vision that honors the first game - pushing the boundaries of first person movement and diving deeper into the story behind our heroine Faith - but also brings a lot of great new, interesting gameplay and features to the experience for our players," explained DICE.

I guess we will just have to wait until E3 to see what DICE's exciting new vision for Mirror's Edge is.