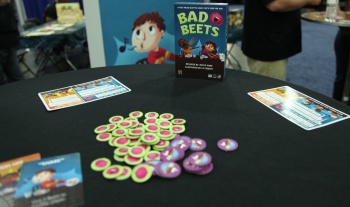 The family friendly new game has some decidedly cutthroat gameplay going for it.

Ascension publisher Stone Blade Entertainment is branching out into the family friendly space with a tight knit, clever bluffing card game called Bad Beets, themed around the idea of ditching the vegetables you don't want to eat while not getting caught doing it. At the annual Origins convention in Columbus, Ohio, I had a chance to catch up with Stone Blade's Ian Estrin and play a few rounds of Bad Beets with him as we chatted about the company's decision to branch out. In Bad Beets, each player has eight beets they want to get rid of, and each round they can choose one of two cards to play face down and one to pass back to their opponent. When they play a card, they claim it as whatever of the few card types in the game they want. If nobody calls them on it, they take that action. If someone thinks they don't have it, they reveal the card - taking the action right and giving their opponent some beets if they didn't lie, but gaining more beets if they did. Then their opponent picks up the card they handed over, along with their own card, and carries on. The game goes until someone gets rid of all their beets and wins.

"We first got onto the line of thinking that led to Bad Beets while playing Love Letter, said Estrin. Inspired by Love Letter's minimalist design, they wanted to do something similar. "We play all kinds of games," Estrin said, "we have kids, we have families." He said while his more casual gaming friends would never play Ascension, they love Beets. "It's good for us to diversify," he said, "I hope people think the same." 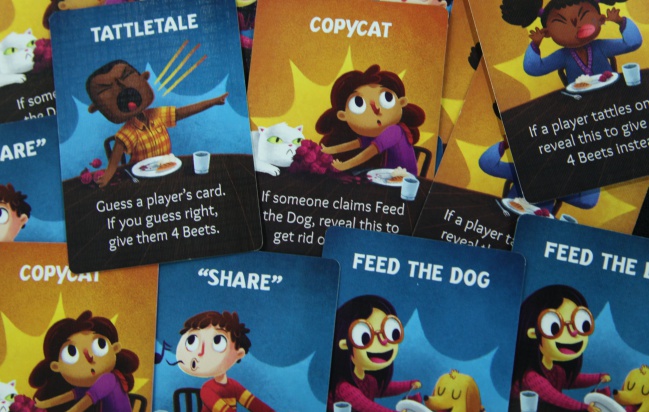 In play, Beets is a strong bluffing game with minimal card counting elements - since a clever shuffling mechanic often returns the discard to the deck. Likewise, the new player disadvantage is cut down by a handy play sheet listing all possible actions. Unlike similar games, it's continuous play, so no awkward rounds or points tracking is required to see an individual winner unless you want to play a longer game for 'dessert' - or between game points. This leads to less duel-like one on one scenarios and more free for all beatdowns and bluff calls between a group until someone sneaks in a victory. Where sometimes I feel like bluffing and deduction games can be rough in groups, this one has so little information to track that I'd absolutely recommend it for five players filling in ten minutes of their day.

Stone Blade Entertainment is known for its widespread appeal among the hardcore tabletop gamer community with highly popular and successful deckbuilder Ascension, as well as its presence in the free-to-play mobile game space with SolForge, but it's not known for broader-appeal card games. Come general realease at Gen Con, they aim to change that. 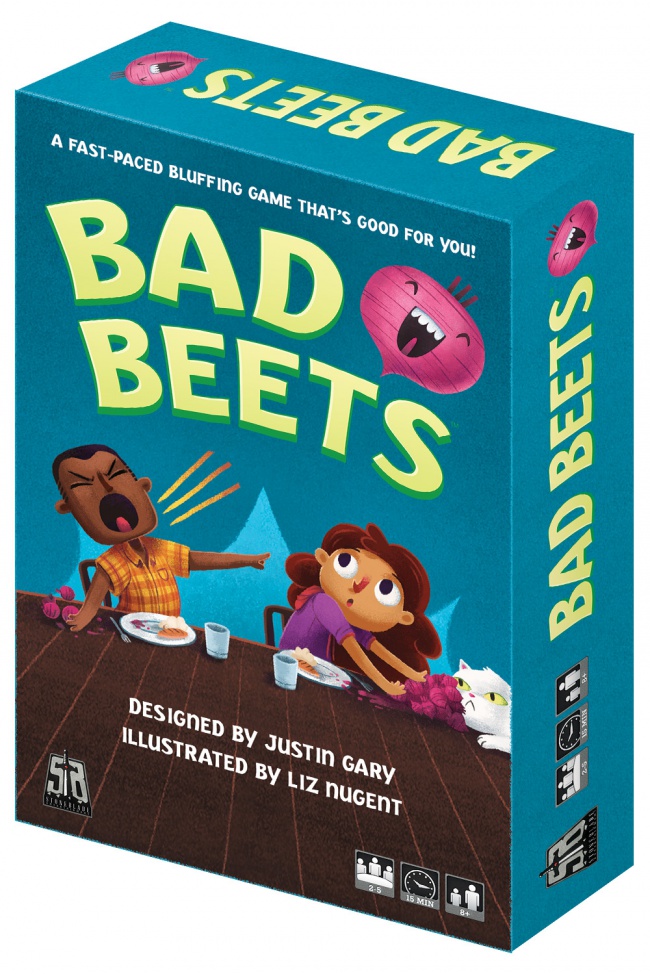