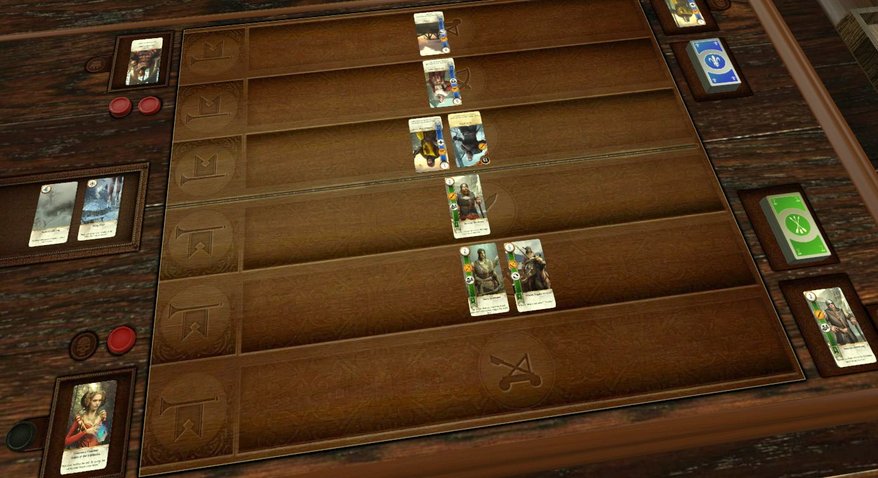 Want to play Gwent without having to boot up The Witcher 3? Now you can!

While The Witcher 3 has plenty of monster-slaying, role-playing, and girl-wooing, it also has Gwent, a fully-functional fictional in-game card game with dozens of unique cards and its own set of rules. Until now, the only way to get your Gwent fix has been to boot up the game and find an innkeeper or merchant willing to play. However, some crafty modders have managed to re-create the entire game within Tabletop Simulator, giving players not only a way to play Gwent outside of The Witcher 3, but also a way to play it multi-player.

Tabletop Simulator is pretty much exactly what it sounds like - a simulator of a tabletop upon which users can load up "mods" of their favourite games, like Settlers of Catan, Scrabble, and Cards Against Humanity. Just like those other mods, the Gwent mod is a completely free download, requiring only the base Tabletop Simulator to play.

The Tabletop Simulator version of Gwent is for two players, and doesn't have any sort of AI opponents as of yet. The game is an unofficial mod which means it has it's fair share of bugs and glitches, but hey, it works!

If you're confused on how this whole Gwent thing works, CD Projekt Red actually published a handy tutorial for the game the other week, to co-incide with some free Gwent DLC for The Witcher 3.