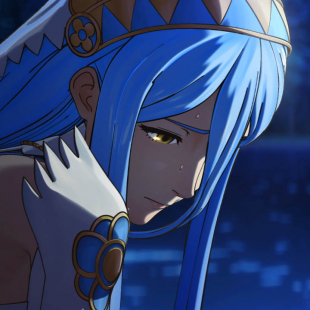 Fire Emblem Fates will make it possible for the player character to fall in love with and marry a member of the same sex.

While Fire Emblem as a series boasts great tactical gameplay, the heart and soul of the series is arguably its focus on relationships. The soldiers in your army aren't just faceless cannon fodder, they're fully fledged characters who can bond with their comrades and, in many cases, fall in love, get married and even have children. As much as many fans adore this mechanic however, there have been some holes in its execution. Up until now, the game has only allowed for heterosexual romances. According to recent reports however, that's all about to change.

Speaking about the game, Nintendo has confirmed that the next entry in the long-running RPG series will include options for the player character to pursue a same-sex relationship with another member of the cast. "We can confirm that Fire Emblem Fates for Nintendo 3DS, which launches in Japan on June 25, 2015, and is coming to the U.S. and Europe in 2016, includes the possibility for a same-sex marriage to take place between the main character created by the gamer and another character in the game," said Nintendo.

Elaborating, the company stated that the same-sex relationship options will be restricted based on which version of the game you purchase. As previously reported, Fates will be split into two game which, Nintendo has now revealed, will be dubbed Conquest and Birthright in the United States and Europe. "In the Conquest edition of the game, there is a male character that the game's player may have his/her male main character marry after they bond in battle," explained the company. "Similarly, the Birthright edition features a female character that a female main character may marry after bonding in battle." Nintendo would go on to say that a "third edition" of the game containing both same-sex options will be made available as DLC "at a later stage."

Speaking personally as someone excited for Fates, I'm left feeling like Nintendo might be blundering a bit by dividing up the romance options. Don't get me wrong, I think its great that Fire Emblem is moving forward with same-sex relationships, especially when you consider how Nintendo has responded to this issue in the past. That said, putting one gender's same-sex option in one game but not another is something that could genuinely affect how much some gamers are able to enjoy the different versions. It also feels a bit cheap to me that gaining access to all of the romantic options will basically make it necessary to purchase DLC down the road. What do you guys think? Is Nintendo erring on this one or am I just being overly negative about what's otherwise actually fairly good news?