Disclosure: Escapist Deals is an affiliate program where we receive compensation for products and services purchased through the program. 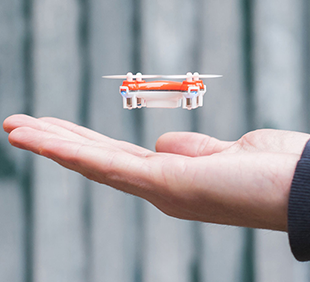 Get the world's smallest quadcopter for 41% off.

It's a bird...it's a plane...it's the world's smallest quadcopter! And right now, it's 41% off at The Escapist Deals.

The tiny SKEYE Nano drone may be small enough to fit on your thumb, but it's big on tricks-flips, turns, figure-eights, barrel rolls...you name it. Meanwhile, six-axis stabilization and super responsive controls keep flight steady in between stunts. You'll get up to eights minutes of flight time from each 30-minute charge.

New to drones? Choose the beginner flight mode to learn the ropes before moving on to advanced pilot or seasoned veteran modes.

Get some air with the SKEYE Nano drone for $34.99 at The Escapist Deals.