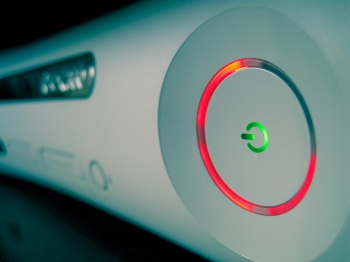 Ex-Xbox Boss Peter Moore says that the Xbox 360's "Red Ring of Death" cost the company over a billion dollars.

The "Red Ring of Death" is somewhat of a legend among the gaming community, and refers to the unreasonably high failure rates of Xbox 360 consoles that no-one could figure out. Back in the day, it was not a question of would your console fail, but when. Ex-Xbox boss Peter Moore recently reflected on this issue to IGN, explaining that it cost the company over a billion dollars and almost killed the Xbox brand entirely.

"If we don't [address this problem], this brand is dead," Moore told Steve Balmer, the then-head of Microsoft. "It was sickening. I was doing a lot of interviews. It's not like today with social media, which would have been horrific. We couldn't figure it out." Moore says Microsoft initially thought the problem was due to a heating issue, and changed the solders in newer consoles, but was horrified to learn that it still wasn't doing the trick.

"I remember going to Robbie Bach, my boss, and saying, I think we could have a billion dollar problem here," Moore recalls. "As we started to do the analysis of what was going on, we were getting the defectors in, it was a challenging problem for our engineers, and we couldn't quite figure out what it was. We knew it was heat related. There were all kinds of fixes. I remember people putting wet towels around the box."

Moore talks of his nail-biting meeting with Balmer, where he and Bach gave him the cost estimation of their solution - which involved taking back every defective console, fixing them, and FedEx-ing them back with overnight priority mail.

Moore said that if Balmer had balked at the price, the Xbox brand would be in a very different place today, and the Xbox One would probably never have been made.