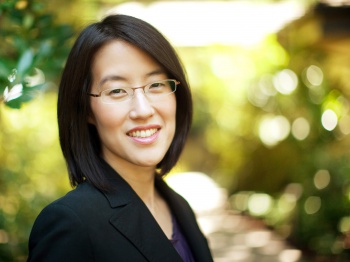 Ellen Pao has stepped down as CEO of reddit following a mass online protest over the firing of a popular moderator.

Most internet users are likely to have visited the massively popular internet discussion board reddit at some stage in their internet travels. If you've been on the site in the last few weeks, you may have noticed a bunch of petitions and protests being thrown around, usually involving the names "Ellen Pao" or "Victoria Taylor". The short and skinny of it is that the site's CEO (Pao) fired a popular moderator (Taylor), and the internet lost its collective shit, starting a protest movement that has culminated in Pao's resignation.

Steve Huffman, one of reddit's original co-founders, will be filling Pao's shoes as the site's new CEO. "First, I'm super excited. Second I am terrified," Huffman said of the promotion.

However, Sam Altman, a board member at reddit, claims that Pao's resignation was not a result of the recent controversy, and rather a "mutual decision over a number of weeks." Pao, who will remain an adviser for the reddit board, said "We had different views in the potential growth rate in users for Reddit this year. We couldn't come to an agreement on that and I decided to step down."

In a blog post detailing the change, Altman scolded his users for their "sickening" actions against Pao. "It was sickening to see some of the things redditors wrote about Ellen," he wrote. "The reduction in compassion that happens when we're all behind computer screens is not good for the world."

Looks like big changes are afoot at reddit for the coming year. Are you happy to see Pao go?