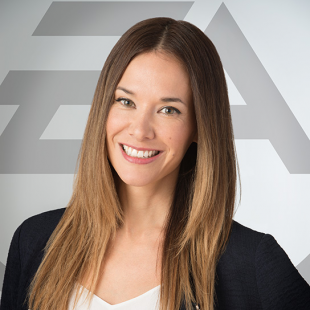 Last year, prominent games industry figure Jade Raymond left Ubisoft to purse "other ambitions and opportunities." In the months since, there's been little indication as to what exactly those new opportunities might be. That being the case, Raymond and Electronic Arts have released an announcement today revealing plans for a new studio under the publisher's umbrella.

The studio, according to a statement from Raymond, will be named Motive and based out of Montreal. Its aim, she said, will be "incubating entirely new IP" while also heading up some of EA's biggest and most anticipated projects. Case in point, its first game will be Amy Hennig's previously announced Star Wars game. Raymond and Motive will also work "in close quarters" with the development team at BioWare Montreal to assist with its titles.

In addition to heading up Motive, Raymond will also "oversee" the management of Visceral Games. "I'm a huge fan of the games that have come out of Visceral and I feel honored to be working with such a talented team," she said. I've also known Amy for years and have admired her work on the Uncharted games! I'm thrilled that the first big project that we will work on in Montreal will have Amy as Creative Director. An opportunity to work with her and the Visceral team, and to play in the Star Wars universe, is once-in-a-lifetime stuff."

Raymond herself is best known for her role as the co-founder of Ubisoft Toronto where she served as it managing director. She worked at Ubisoft overall for a total a 10 years, during which time she played significant roles in the development of several games including Assassin's Creed, Assassin's Creed II, Tom Clancy's Splinter Cell: Blacklist and Watch Dogs. Suffice it to say we'll be interested to see what she does with Motive.