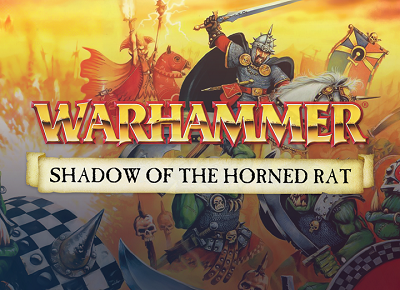 GOG has added a trio of classic PC Warhammer titles to its catalog of retro games.

In the world of tabletop games there are few names as big and well known as Warhammer. Whether you're talking the Warhammer Fantasy Role-Playing game or tactical miniatures titles like Warhammer 40,000, the franchise overall has, for decades now, enthralled countless players with its gameplay and worlds. That being the case, it should serve as no surprise that folks within the game industry have, on numerous occasions, used their time and skill to transform the brand's tabletop experiences into fun video games. Now, thanks to the efforts of GOG, gamers can re-visit some of the earliest titles to take a swing at doing so.

According to an announcement earlier today, the site, thanks a to a new partnership with Games Workshop, has re-released three of some of the hardest to find Warhammer video games out there. Included in this trio is Warhammer: Shadow of the Horned Rat, Warhammer 40,000: Chaos Gate and Warhammer 40,000 Epic: Final Liberation. "These games have been next to impossible to find anywhere for years" says Oleg Klapovsky, GOG's VP of Business Development and Operations. "Reviving them meant that we had to dig a lot deeper, but we're excited to have acquired the rights to re-release some of the most important entries in the Warhammer legacy."

All three of the re-released retro titles are exclusive to GOG. Players interested in picking them up will be able to grab Shadow of the Horned Rat and Final Liberation for $5.99. Warhammer 40,000: Chaos Gate, comparatively, is being priced at $9.99. As per GOG's usual standard, all three games are DRM-free and come packaged with PDF copies of their instruction manuals as well as other goodies such as digital soundtracks.