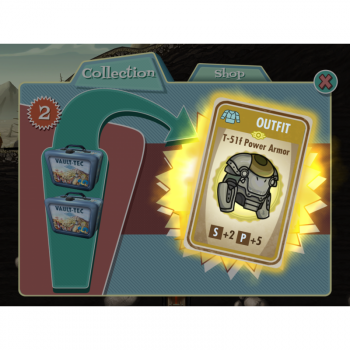 If you're wondering why more and more devs are going down the route of smartphone development... well, here's your answer.

Fallout Shelter, Bethesda's Fallout mobile app, has been doing pretty well for itself since its launch last month. Extremely well, in fact, as sales tracking organization SuperData reports that the game raked in over $5 million dollars in just two weeks. If you're wondering why more and more devs are going down the microtansaction-heavy mobile game path, well, there's your answer right there.

Fallout Shelter is, like a vast majority of iOS titles, free-to-play with "optional" microtransactions. In Fallout Shelter's case, the microtransactions entail lunchboxes full of goodies that help build up your vault quicker. While it is possible to play the whole game free, coughing up a few bucks here and there certainly helps.

For some context, Fallout 3 sold just 610,000 units in its first month, which is fairly impressive for a full-priced console/PC game but only adds up to a mere $18.3 million.

Have you played Fallout Shelter? Have you spent any money on its in-game store yet, and if so, how much did you spend?