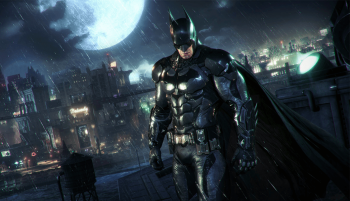 So Batman: Arkham Knight's PC port was so horrendously broken that publisher Warner Bros. actually went ahead and pulled the thing from sale. But this is only very temporary right? After all, the company is still spewing out DLC for the console versions meaning a PC fix is right around the corner, right? Well, according to a leaked email from Australian video games retailer EB Games, PC gamers may be waiting on that fix until well into the fall.

"As previously advised," read an internal EB Games email, "we have stopped sales of Batman: Arkham Knight PC while Warner and Rocksteady work on addressing performance issues with the game. The latest information from Warner is that the updates won't be available until Spring. Due to this we have made the difficult decision to recall all PC stock from stores to return to the vendor until an acceptable solution is released."

Obviously, Australia being "down under" means that the "spring" in this email is referring to the months of September - November. From the looks of things, EB is fed up enough with waiting that it's just going to send all those unsold copies back - which seems like a reasonable discourse given that spring (fall) is still two months away.

We've reached out to Warner Bros. for an official comment, and will update this post if they respond differently.