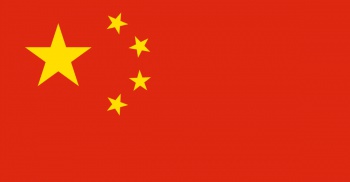 China's Ministry of Culture has finally lifted its ban on sale and manufacture of video game consoles.

Almost two years ago we reported that China was "getting ready" to end it's then-13-year ban on the sale and manufacture of video game consoles in the country. Of course China being China, the process was caught up in a near-endless loop of bureaucracy, but we are happy to announce that today the matter has finally come to a close, with China's Ministry of Culture announcing a full lift on the ban.

Console manufacturers like Sony, Nintendo, and Microsoft will now be allowed to manufacture and sell video game consoles anywhere in the country.

The ban was first instated way back in 2000, when the Ministry of Culture had fears that consoles would have a negative effect on the mental and physical development of children. The ban stood firm for 14 years, until last year when it waned just a little to allow console manufacturers to peddle their wares inside Shanghai's "free trade zone".

Now that the floodgates are open, you can bet that the big three will all start vying for the previously untapped Chinese market. The only question is will the Chinese, who, due to the ban, have been pushed into PC and mobile gaming for the last 15 years, be willing to put a strange little box under their TV?