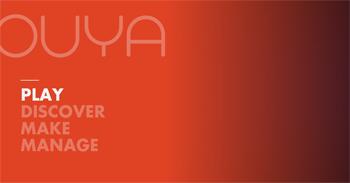 Hardware maker Razer has confirmed that it has acquired software assets previously owned by OUYA, manufacturer of the ill-fated Android microconsole of same name. In a deal which closed on June 12 of this year, Razer purchased OUYA's catalog of content and its digital storefront for an undisclosed sum. Along with the acquisition, members of the OUYA technical and developer relations teams have transitioned into Razer's software division.

In a press release issued today, Razer co-founder and CEO Min-Liang Tan praised the efforts of the OUYA software team his company has purchased. "OUYA's work with game developers, both triple A and indies, went a long way in bringing Android games to the living room and Razer intends to further that work. This acquisition is envisaged to usher more developers and content to the Android TV platform."

The OUYA digital storefront will be rebranded as Cortex for Android TV, though Razer has stated that they will publish some games and content under the OUYA moniker.

Despite a record-setting Kickstarter campaign, OUYA struggled to find an audience following its retail release in 2013, with initial reviews being critical of the console's processing capability and controller design. A $10 million injection of capital by Chinese retail giant Alibaba at the beginning of the year failed to reverse the company's fortunes and rumors began to circulate in April that OUYA was looking for a buyer.

Razer did not acquire the hardware bits of OUYA's business, though it has expressed plans to integrate its current user base in the future. OUYA users will be able to migrate their existing controllers, games, and user accounts to the Forge TV microconsole, and Razer will be offering them special pricing on new hardware to make the transition.