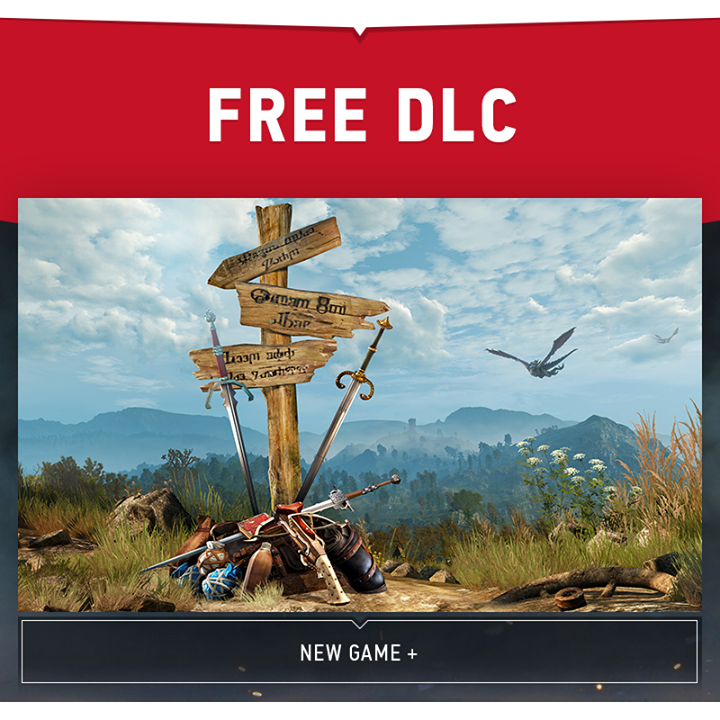 CD Projekt RED has unveiled plans to bring a New Game Plus mode to The Witcher 3: The Wild Hunt.

By almost every measure, The Witcher 3: The Wild Hunt was a huge game. Drawing in RPG fans with its fun gameplay, complex story and detailed world, it continues to hold many gamers in its thrall. A big part of this, of course, is the fact that its developers at CD Projekt RED have expended no small amount of effort improving on and adding to the base game released back in May. That in mind, the company today has announced its plans for the game's final piece of free DLC.

According to an image posted on the company's official Facebook page, the last planned chunk of free DLC will add in a New Game Plus Mode. "Already finished The Witcher 3: Wild Hunt multiple times?" Asked the posting. "New Game+, the final DLC, is on the way and, of course, it's completely FREE!" The developer would go on to confirm that the new mode "won't happen this week" but did urge fans to "stay turned for more info regarding the release."

While some gamers commenting on the Facebook posting immediately expressed disappointment, we're willing to bet that this will nonetheless be a welcome addition for many other gamers who have fallen in love with The Witcher 3. After all, while it can obviously still be fun to play through a game completely fresh, it's often far more satisfying to step back into an experience with all of the tools and skills you've accumulated from previous playthroughs.