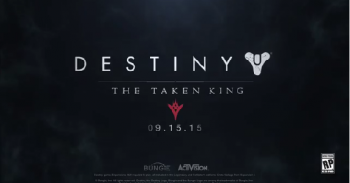 The decision to replace the Game of Thrones star in Destiny came down to a simple matter of availability.

Earlier this month it was revealed that Bungie had replaced Peter Dinklage as the voice of Ghost in the upcoming Destiny expansion The Taken King, also having replacement Nolan North re-record all of Dinklage's existing dialogue.

"We wanted Nolan North's version of the Ghost to wake you up at the start of the journey at level one and follow you all the way to level forty," said creative director Luke Smith.

In an interview with Game Informer, Destiny executive producer Mark Noseworthy stated that the decision to remove Dinklage from the role came down to a matter of "Hollywood nonsense".

"Dinklage was awesome to work with... but we needed to work with someone who is more available. Nolan is a pro, this is his thing," he explained. "We can just call him up and say 'hey, next week we're doing this internal play test and it would be great to get some Ghost dialogue in there'.... And he's available."

Creative director Luke Smith indicated that dialogue will be a priority moving forward, and it appears Ghost is going to be a crucial part of that.

The Taken King will release on September 15.