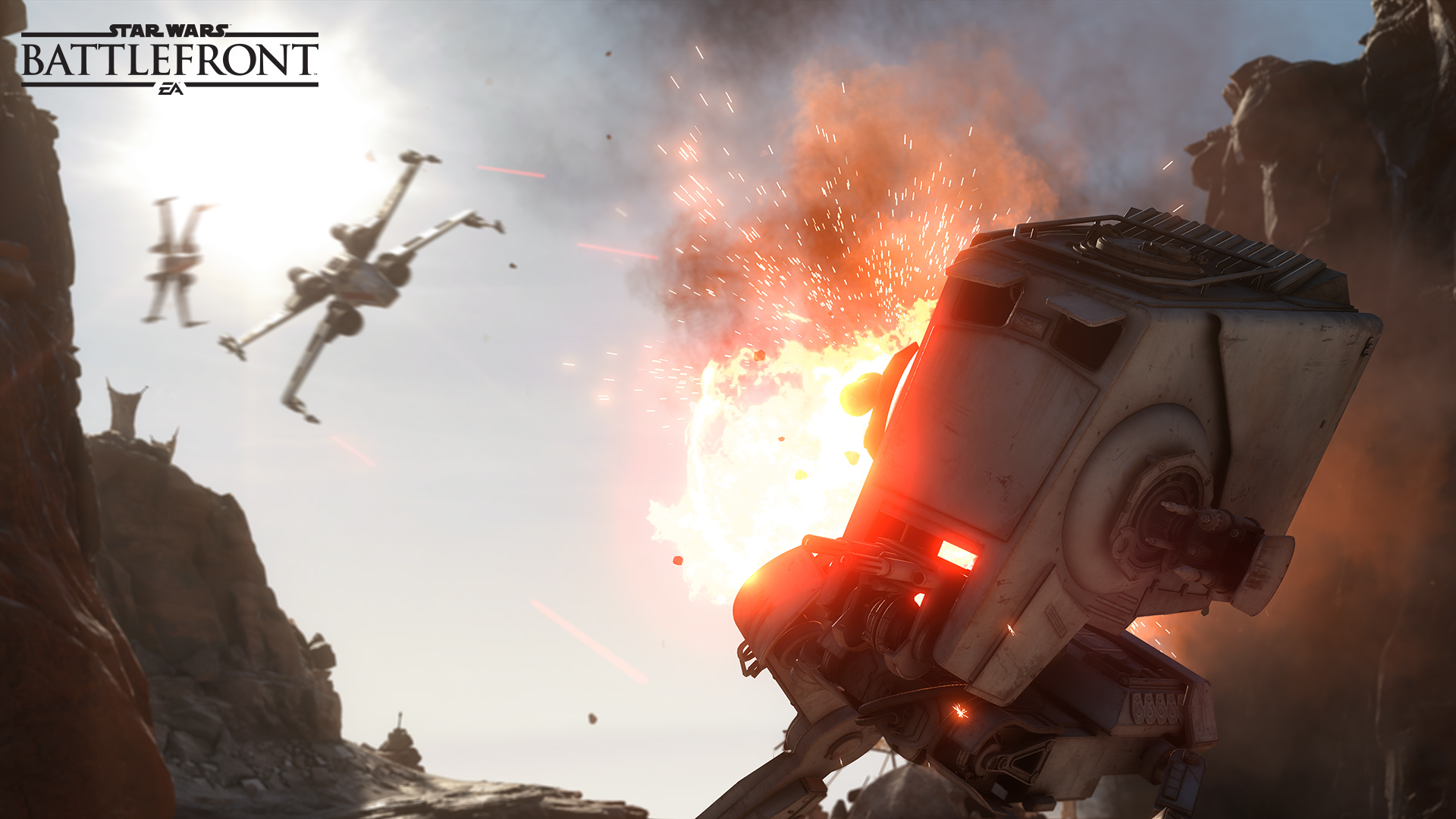 At this past E3 in June, Star Wars: Battlefront generated quite a bit of buzz. The original game was quite popular, and most games in the Star Wars universe do rather well. However, one thing that caused more than a few raised eyebrows was that there would be no single-player campaign for the game.

The game, which has 40-player multiplayer and a co-op survival mode, is being targeted for release in November, but EA COO Peter Moore said that the lack of a single-player campaign was based on how much the publisher felt the campaign would be utilized. When posed a question from GameSpot about how games with a single-player campaign traditionally sell better, Moore agreed but with a caveat.

"So, there's two phenomena with that statement," Moore said. "The first is that yes, you might be right. The second is that very few people actually play the single-player on these kinds of games. That's what the data points to."

Moore did not offer the data of which he spoke, but he said the decision, which was made when the game was first given the go ahead a few years ago, was also based on what the gaming landscape would look like at release.

"You make a decision, years out, and you plan for what the world looks like when a game ships in two or three years," he said. "That's about the intuitiveness about the executive producer, and his or her vision for the game."

Would you play a single-player campaign if it was offered in Star Wars: Battlefront?
Want to vote? Register now or Sign Up with Facebook

He cited the revamp of Star Wars: The Old Republic from a subscription model, which the game had when development started, to a free-to-play model, which the landscape apparently called when the game was finally ready for release.

Granted, Battlefront will have an offline solo play experience against bots, but being a fan of single-player, I find lack of a campaign a bit short-sighted. I really wanted to play Titanfall, but avoided it because I did not want a purely multiplayer experience. It looks like I will be doing the same with Battlefront.

Be sure to answer the poll that is part of this article, and tell us what you think of EA's decision in the comments below.