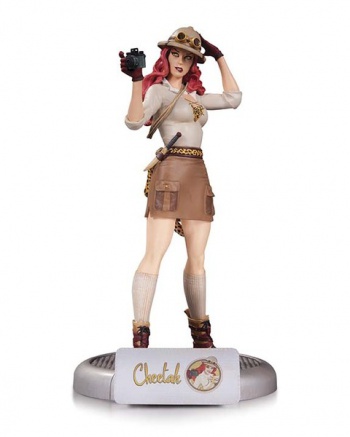 From a Batman v Superman: Dawn of Justice statue, to action figures from Arrow and The Flash, DC Collectibles has a solid February/March line-up.

It's certainly fun to read superhero exploits in comic books, or watch them in movies and TV shows. But as we've seen previously, sometimes it's equally fun to collect them for your display shelf - or take them off that shelf to play with. Once again DC Collectibles intends to scratch that itch with its February and March line-up, unveiling action figures and toys from Arrow, The Flash, Dawn of Justice and the forever popular Batman: The Animated Series.

There are some repeats from 2015's solicits here, most notably Krypto and Hoppy of the DC Super Pets line. Thankfully, they're no less adorable, or draw attention away frome other unique items. For example, DC Collectibles has added action figures from the latest seasons of Arrow and The Flash, including Heat Wave, Black Canary, and Malcolm Merlyn. And of course its Batman: The Animated Series line continues to grow, bringing us Commissioner Gordon, Ra's Al Ghul, Zatanna, and an Etrigan/Klarion Combo.

But the real standouts are the statues. First, DC Collectibles is adding Cheetah to its Bomshells line, specifically her adventuring alter ego who would fit right in with Indiana Jones or Nathan Drake. Meanwhile, for $150, you can have Batman's 12.5" Armored Dawn of Justice statue, where it will tower over everything on this list.

Everything from the list will be available for sale in March, with the exception of the Arkham Knight Red Hood in February. Which ones will you be hunting down?