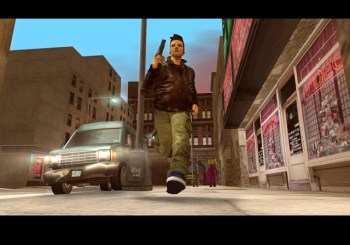 Want to play Grand Theft Auto 3 or The Sims on Windows 10? Securom and SafeDisk won't let you.

Windows 10 is getting a mostly positive reception outside of a few frustating hiccups, but clearly it's a good platform for playing all our PC games, right? Not quite - some older titles are practically unplayable, but the reason has nothing to do with compatibility. Games like Grand Theft Auto 3, Microsoft Flight Simulator 2004, and the original Sims reportedly won't play without complex workarounds, thanks to key versions of Securom and SafeDisc ruled unsafe by Microsoft.

"Everything that ran in Windows 7 should also run in Windows 10," Microsoft's Boris Schneider-Johne said at Gamescom. "There are just two silly exceptions: Antivirus software and stuff that's deeply embedded into the system needs updating - but the developers are on it already - and then there are old games on CD-Rom that have DRM. This DRM stuff is also deeply embedded in your system, and that's where Windows 10 says 'sorry, we cannot allow that, because that would be a possible loophole for computer viruses.' That's why there are a couple of games from 2003-2008 with Securom, etc. that simply don't run without a no-CD patch or some such. We can just not support that if it's a possible danger for our users. There are a couple of patches from developers already, and there is stuff like GOG where you'll find versions of those games that work."

Securom and SafeDisc were controversial, but widely-used copy protection programs intended to prevent pirates from duplicating their original game disks. Whether they actually did their job is a matter of debate, but most gamers remember them for frustrating secondary features. Securom was often tied to an online activation system that locked players from their games, while older versions of SafeDisc had notable security vulnerabilities.

To be clear, Microsoft's decision to block these programs was probably the safest decision - who wants to fall victim to security flaws almost a decade old? But that hasn't stopped the Rovi Corporation, SafeDisc's creators, from saying Microsoft could have done more. "Safedisc DRM hasn't been supported for a few years now, and the driver has consequently not been updated for some time," Rovi told PCGamesHardware.de. "Microsoft should have migrated the existing software since Windows 8. We don't know if that's still possible with Windows 10 or if they simply didn't care about it."

So what can players do? If you can't find an official patch, the easiest option is to repurchase the game through GOG.com, or another digital distributor that removed the fussy DRM. You can also use software which updates the driver signature or do so manually to make your game playable. Outside of that you'll either have to turn to a (still illegal) no-CD crack, or keep an older version of Windows handy.

Either way, this is yet another reminder that restrictive DRM and video games rarely go hand-in-hand.