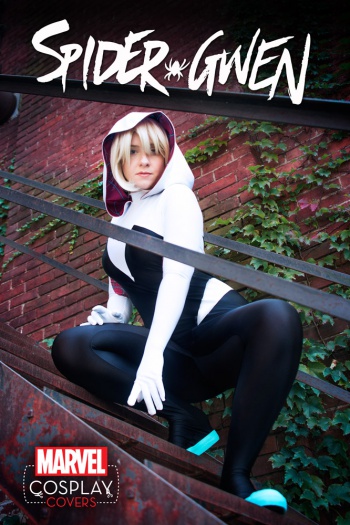 Marvel Comics is showing appreciation for cosplayers by displaying their work on twenty variant covers.

We're probably all technically Marvel fans at this point, but few fans are quite as dedicated as cosplayers. These are the rare individuals who spend months agonizing over hand-made costumes, but never profit from them - they just display them to show appreciation at conventions. Now Marvel is acknowledging their efforts in a very cool way: Placing cosplayers directly on comics with variant covers.

"Cosplayers are taking over," Marvel SVP of Sales & Marketing David Gabriel said in a press release. "Each convention I go to, it seems like there are more and more fans dressing up like their favorite Marvel characters. These homemade, hand-crafted costumes are so elaborate, it looks like they leapt off the comic page. The Cosplay Variant initiative is our way of supporting a community that supports us."

The Cosplay Variant initiative kicks off in October, right as All-New, All-Different Marvel launches following Secret Wars. Whether cosplay variants are a one-off project or ongoing project isn't clear, but it's certainly capable of becoming a regular event. Adding a photograph to a cover takes very little effort on Marvel's part, and there are more than enough cosplayers out there would who love to support it.

What do you think of Marvel's Cosplay Variant initiative? Any particular favorites? Feel free to share your thoughts in the comments!