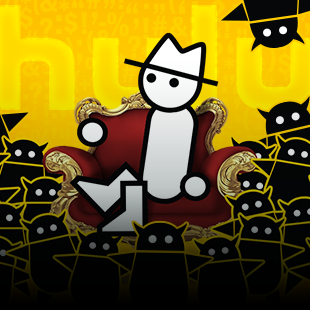 You can now watch Zero Punctuation and listen to The Escapist's fastest-talking Brit on Hulu's streaming service.

It's pretty safe to say many of us are reading The Escapist thanks to Ben "Yahtzee" Croshaw. From 2007 to just last Wednesday, Yahtzee has analyzed, dissected, and mercilessly mocked the latest games while barely pausing for breath in Zero Punctuation. But now The Escapist isn't the only place you can watch his unique brand of game criticism. Zero Punctuation episodes will now appear weekly on Hulu where you can binge-watch them to your heart's content in the streaming website's Video Games channel.

Starting this week, the complete eight and ninth seasons of Zero Punctuation can be accessed through Hulu's website, or streamed directly to your television using a SmartTV app. If you'd like, you can even watch Yahtzee savagely attack Triple-A consoles on the very consoles themselves, an ironic prospect to say the least.

Don't worry Escapist readers - the latest Zero Punctuation episodes will still debut on our site, and be uploaded to Hulu the following week. But for now, there's a grand total of 86 Zero Punctuation episodes you can stream, ranging from PS4 launch titles to the latest indie releases. If you ever needed an excuse to rewatch the series which inspired Hatfall, now is the perfect time to do it.