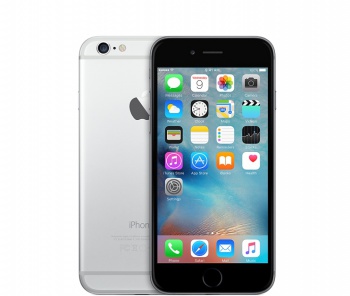 Mark Watson is suffering a painful allergic reaction to his iPhone 6, but won't receive any compensation from Apple.

It doesn't matter what shiny new tech Apple rolls out - some will absolutely adore its products while others loathe them without question. But it's a different matter when those products cause allergic reactions. That's the story Mark Watson is telling after finding a painful rash on his leg believed to be caused by the iPhone 6. It seems the iPhone 6 uses higher amounts of nickel than other Apple phones - which to people suffering from nickle allergies causes the exact rash he describes.

"I have never in my life had an allergic reaction to nickel, and before this it was a metal I associated with cheap jewellery," Watson told the Daily Mirror. "I just think it's wrong that this could even happen."

After visiting a doctor and receiving blood tests, Watson was told he had a nickel allergy and his iPhone was the likely culprit. Keeping the smartphone in his left pocket was apparently enough to trigger the breakout on his thigh. But it was completely unexpected to Watson, who used three other iPhones in the past. "You don't expect a product by Apple to give you a rash," Watson said. "And you just don't expect to be allergic to your phone."

It sounds ridiculous, but there is some precedent for this. Nickel allergy is a fairly common skin contact allergy, usually exacerbated the more you interact with it. What's more, there have already been reports of iPhone 6 allergies in the past, and even some for iPads.

The bad news for Watson, however, is that Apple won't offer him a new phone or compensation. "When I spoke to Apple they said it would have been mentioned in their terms and conditions but I don't believe it is," he explained. "When I searched on their website for 'nickel' nothing came up. I think they need to address this." In the meantime, Watson is limiting contact with his iPhone by keeping it in his desk at work.

But who knows - maybe a new upgrade would solve the problem.