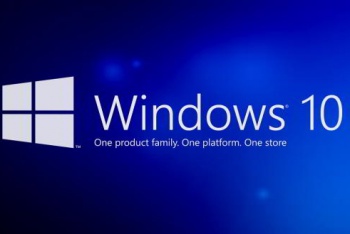 Microsoft may still download Windows 10's massive install files to your computer without your express consent.

Microsoft finally released its Windows 10 operating system two months ago, and it's pretty good all things considered. And it's completely free for Windows 7 and 8 users right now, so upgrading is easy. But what if you don't want Windows 10? Perhaps you're concerned about compatibility with Windows 7 games, or maybe you're rather wait until your next computer. Whatever the reason, it doesn't matter - you likely downloaded 3 to 6GB of install files anyway, which is just sitting there in your hard drive.

The realization was discovered by an Inquirer reader who found the huge "$Windows.~BT" install folder on his hard drive. He also noted repeated failure to upgrade notifications on his Windows Update history, despite never reserving the Windows 10 update.

"I know of two instances where people on metered connections went over their data cap for August because of this unwanted download," the source wrote. "My own internet (slow DSL) was crawling for a week or so until I discovered this problem. In fact, that's what led me to it. Not only does it download, it tries to install every time the computer is booted."

So what's happening? According to Microsoft, if your Windows Update settings are automatic, it will download Windows 10 anyway - even if you never requested it or plan to install it. "For individuals who have chosen to receive automatic updates through Windows Update, we help upgradable devices get ready for Windows 10 by downloading the files they'll need if they decide to upgrade," a Microsoft rep explained. "When the upgrade is ready, the customer will be prompted to install Windows 10 on the device."

Sure, Microsoft's policy might be helpful if you have an unlimited internet plan with fast speeds, and happen to change your mind on Windows 10. But as we've already explained, this isn't the case for all Microsoft customers. This isn't a tiny Windows update - it's an entire operating system which tears through data plans if you're not ready for it. And that's not even addressing any potential problems if you're carefully managing limited space on your hard drives.